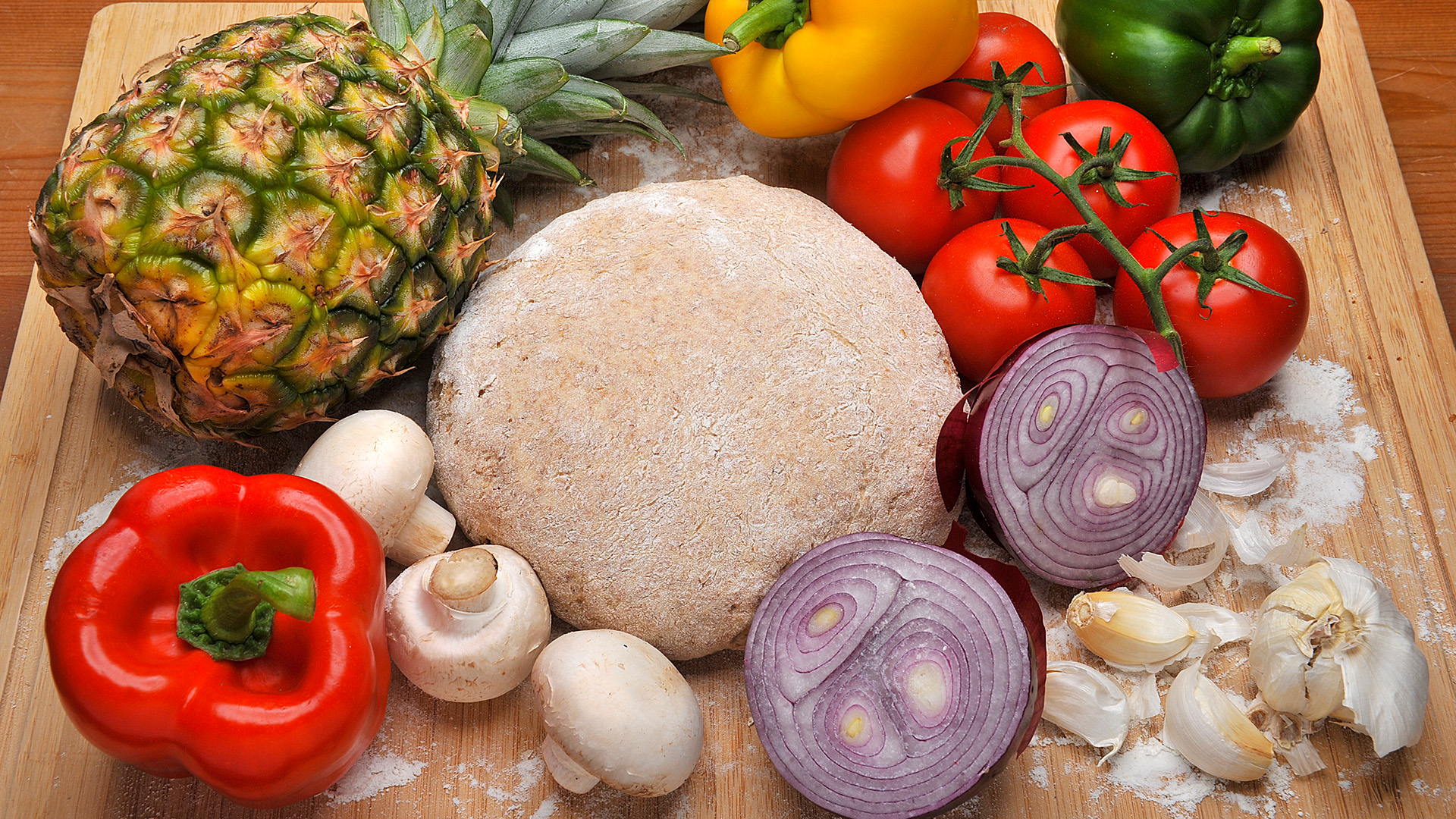 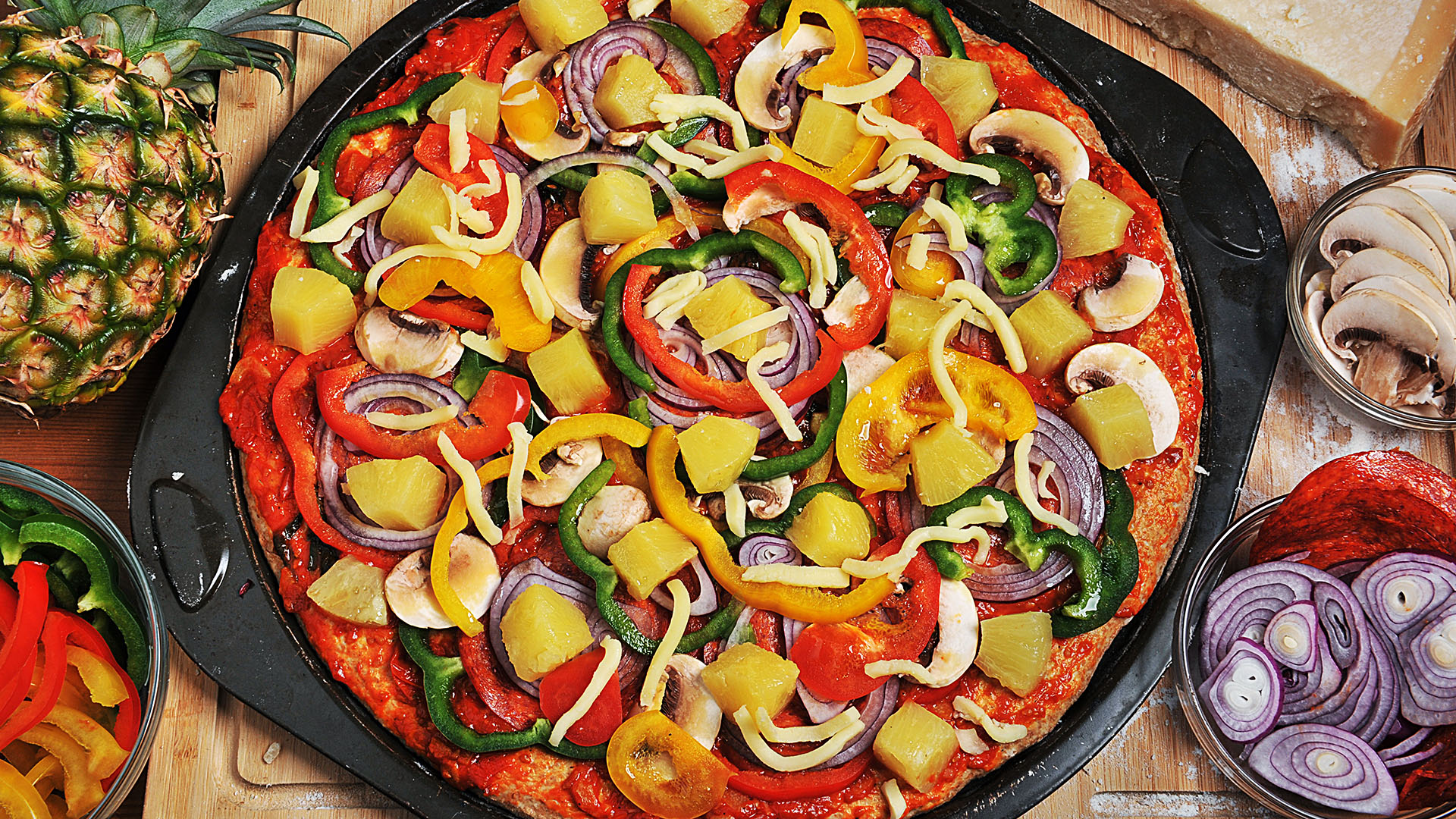 To make the pizza dough:

To make the tomato topping:

1. To make the pizza dough, sift the flour, with the salt and dried yeast into a mixing bowl. Make a well in the centre and add the olive oil. Now gradually add the warm water and stir vigorously, drawing in the flour a little at a time to form a soft dough. Tip out the dough on to a floured surface and kneed it for about ten minutes, re-flouring as necessary, until it feels smooth and springy.

2. Place the dough in an oiled bowl, turning so the surface is coated. Cover the bowl with cling film or a cloth and put it in a warm place for 1½ to 2 hours or until it has doubled in size.

4. To make the tomato sauce, peel and slice the 3 garlic cloves and place them in a small saucepan with the oil, over a medium heat for three minutes. Halve, then quarter the tomatoes and add them to the pan. Add the chilli, salt and pepper, stir then cover and simmer. After ten minutes, remove the lid and simmer for another ten minutes until the sauce has reduced. Add the tomato paste and the basil and simmer for a couple more minutes until the sauce is quite thick. It should be just right to spread, but allow it to cool for ten minutes first.

5. To top the pizza, spread on the tomato sauce, and place the slices of pepperoni on top. Add the sliced peppers, mushrooms, sliced onion and pineapple chunks. Brush all the vegetables lightly with oil. This helps them to cook and stops them burning. Finally, sprinkle over the mozzarella cheese and the parmesan.

6. Put the prepared pizza in the middle of a preheated oven and bake for 15 minutes at 220°C/425°F Gas Mk 7, then reduce the heat to 180°C/350°F Gas Mk 4 and bake for a further 5 minutes. Check the colour and remove it from the oven when lightly browned. Slice up and enjoy! 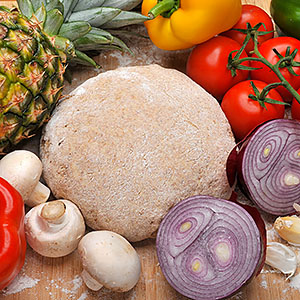