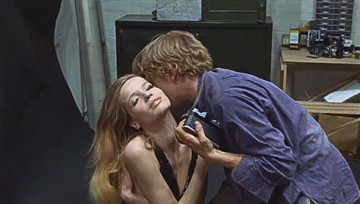 In 1966, Michelangelo Antonioni was looking for a location to shoot his cult Cannes festival award winning film starring David Hemmings, Vanessa Redgrave and Sarah Miles, Blow Up, and hey, he chose where I worked as a photographer’s assistant to John Cowan! He was introduced to John Cowan by Terence Donovan at Cowan’s studio. The […]